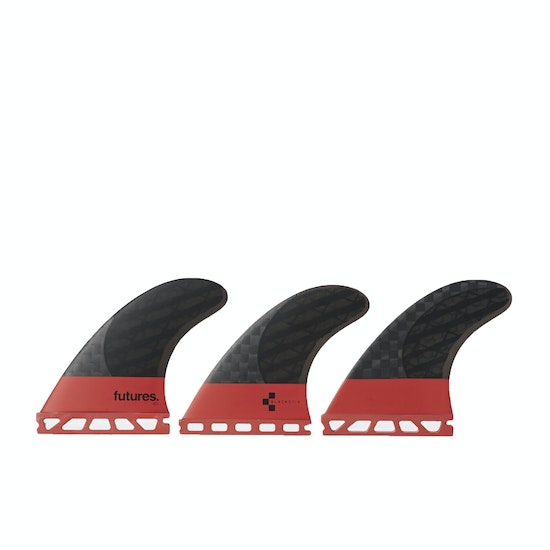 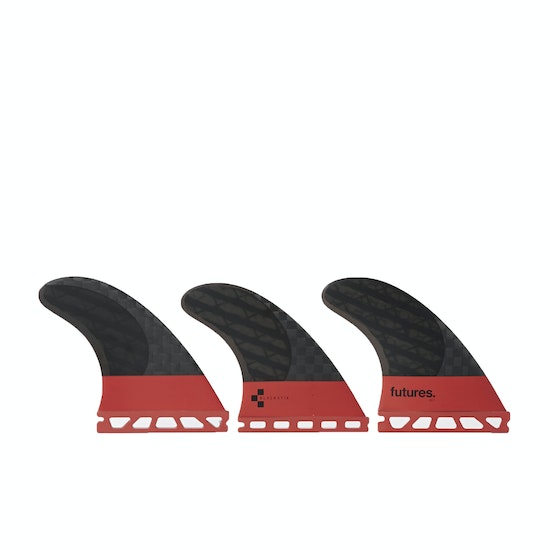 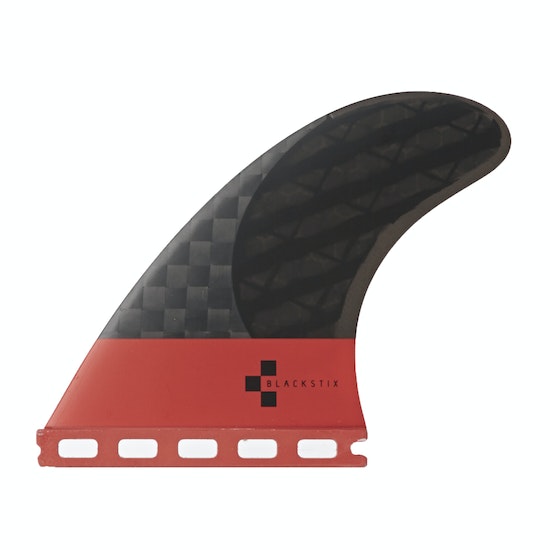 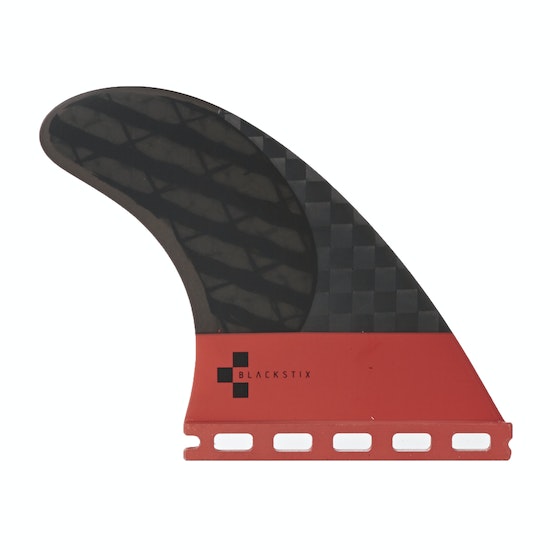 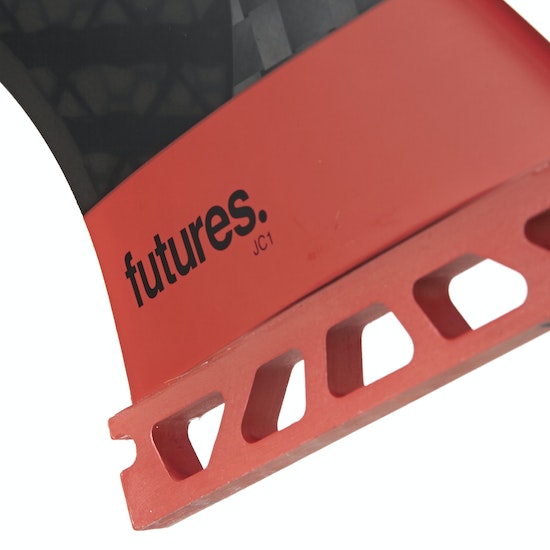 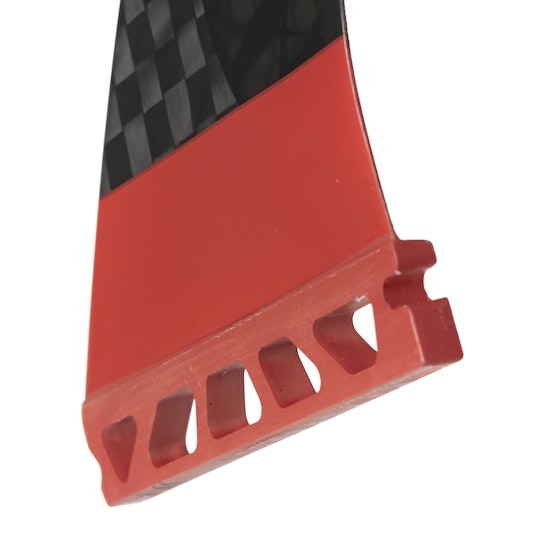 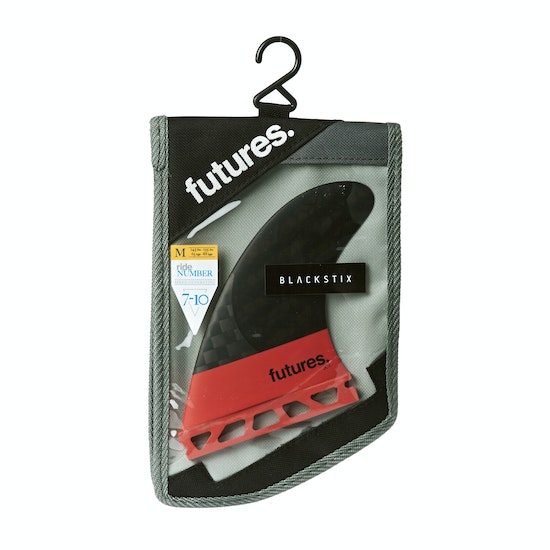 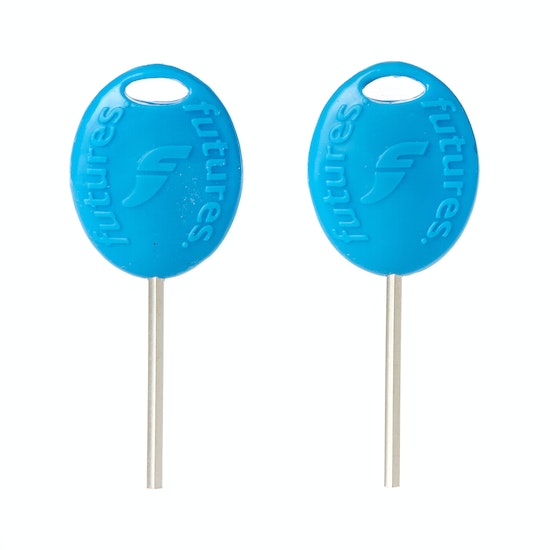 The JC1 Blackstix was designed by John Carper of JC Surfboards as a springy fin with a V2 foil for the powerful surfer looking to build speed and drive in smaller waves. The JC1 is a traditional template with a refined base that carries through to a fuller tip, which is meant to hold through turns.

This is supplied as a set of three fins.

Futures give each fin a size rating, each size has a recommended rider weight range, so you can easily work out whether a set of fins is going to be a good size for you.

Over the past 10 years the Blackstix have become a staple in the Futures line, proving to be the best option when a lively, speed generating fin is preferred. While keeping the Ride Number of the Blackstix series in the 10 to 7 range, Futures have made some improvements to bring you all the new Blackstix 3.0! We kept the V2 foil for speed generation, but changed the way the fin flexes by modifying the carbon fiber placement and orientation. The fin now has an asymmetric layup from outside to inside and an addition of 23 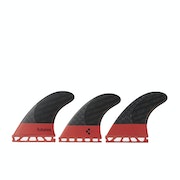