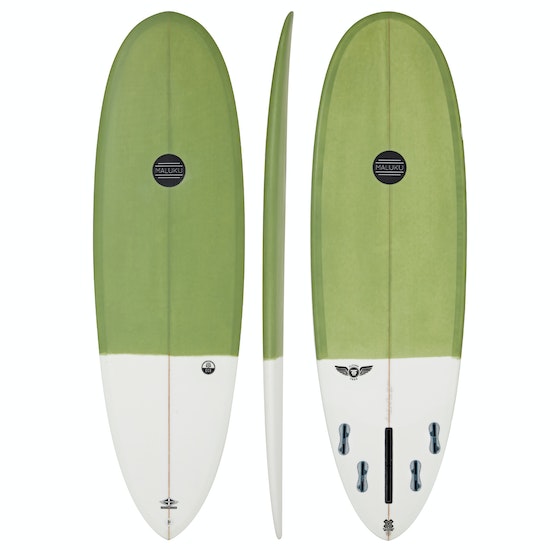 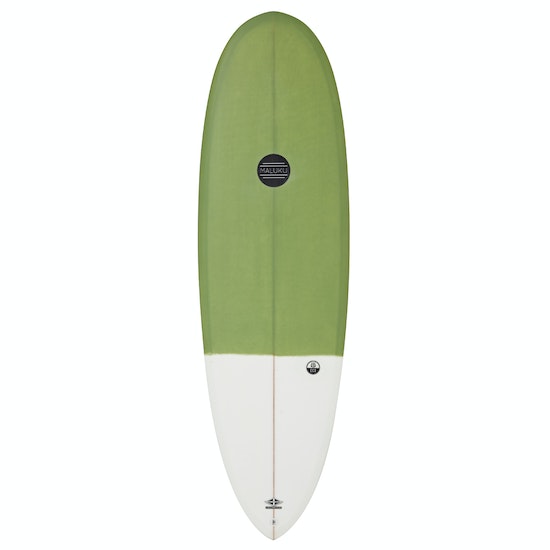 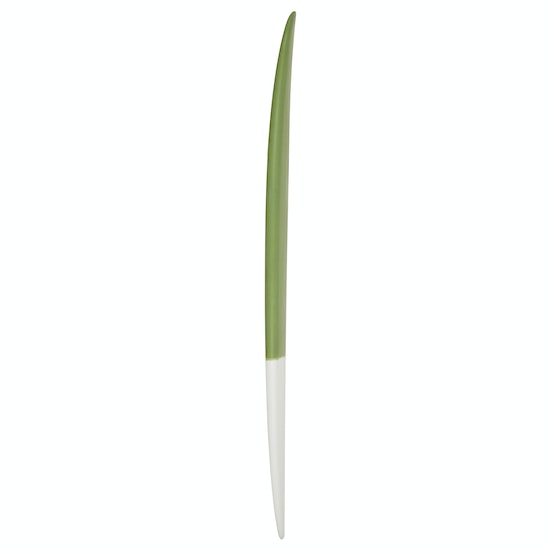 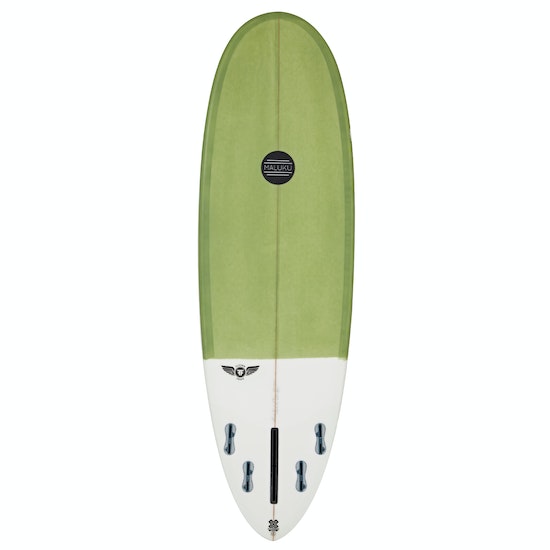 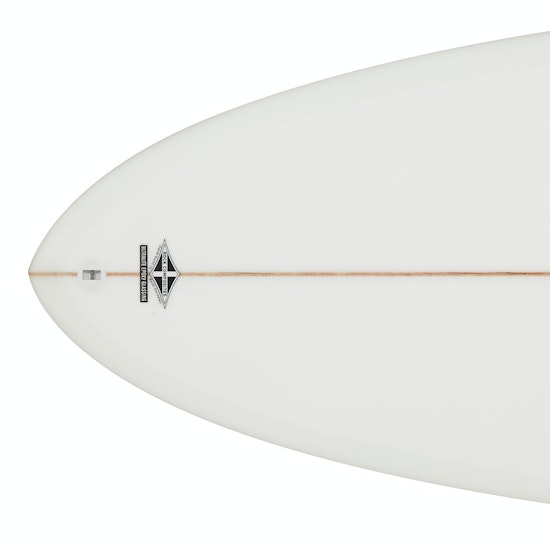 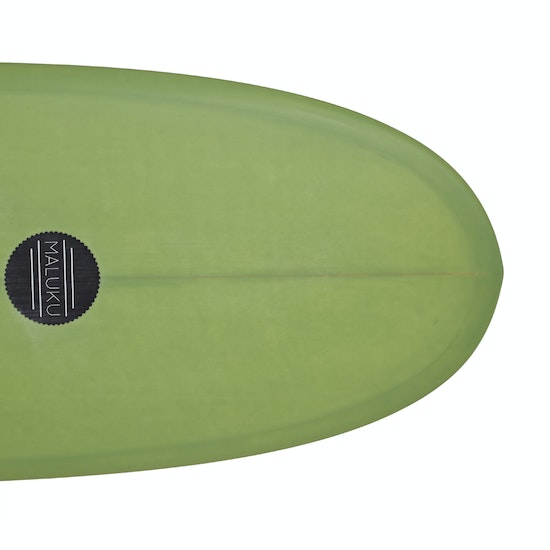 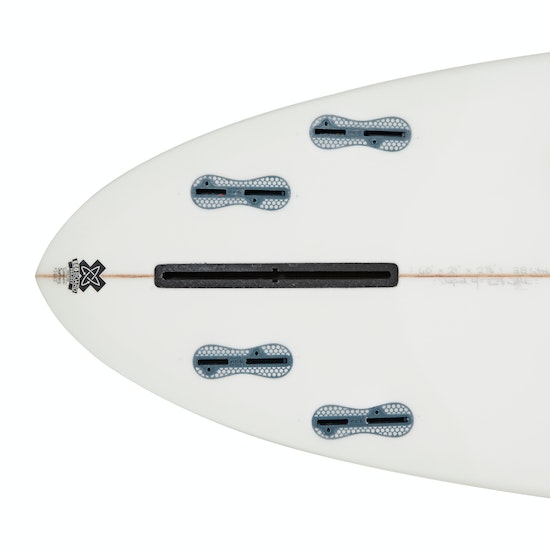 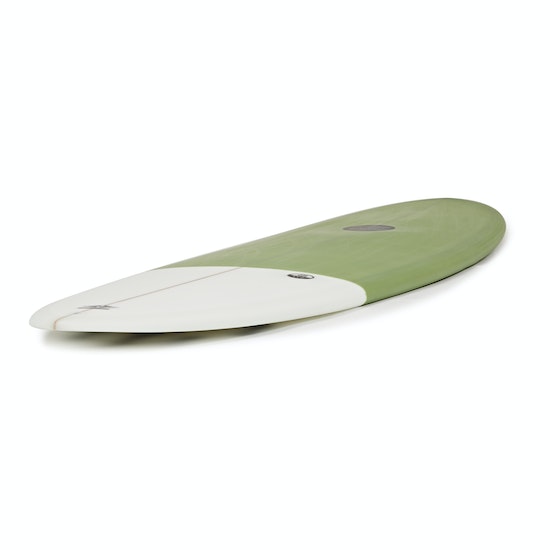 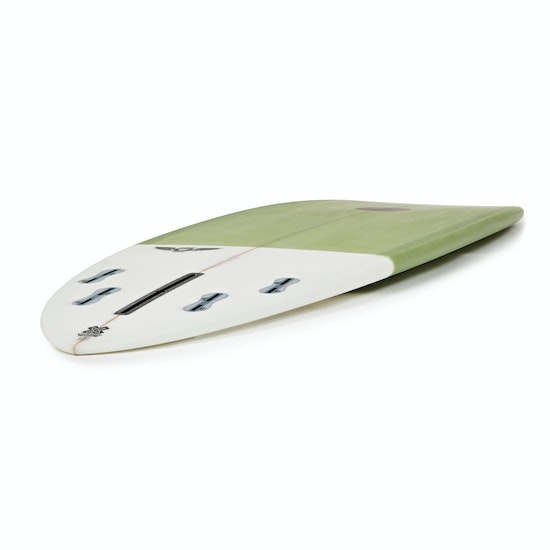 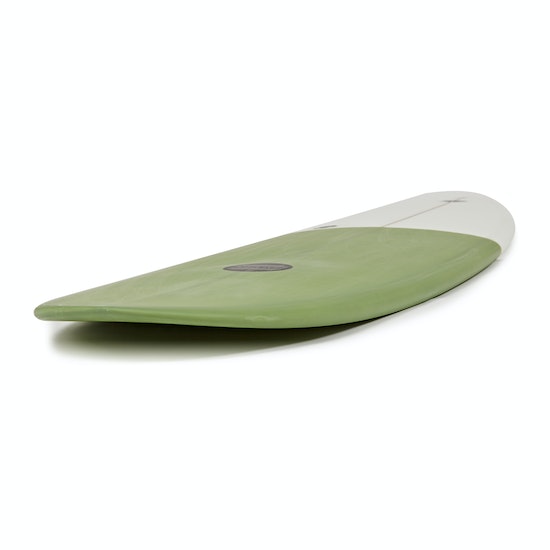 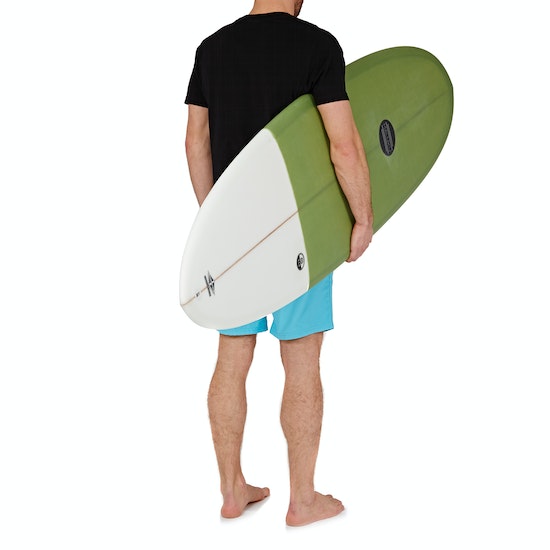 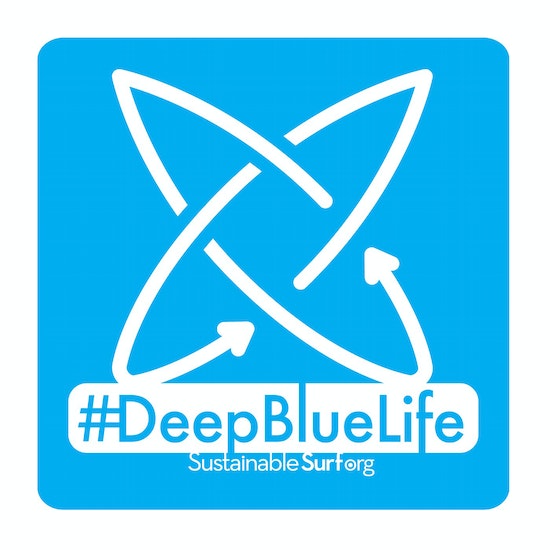 Now available in epoxy construction as a Level One ECOBOARD, the Flying Frog by Maluku offers a single elegant solution to so many recurrent dilemmas.

The waves are small or lacking in oomph, you want to catch waves easily and don’t want to grovel, but you’d still like to do a turn or two when the opportunity presents itself? Disgruntled shortboarder, intrigued by the idea of mid-length glide and trim but unwilling to jettison the easy manoeuvrability of a shorter board? Only space in the car for a single stick, conditions uncertain, and you need something that’ll work in a wide range of waves?

The Flying Frog is the answer. What you’ve got is a kind of “cut and shut”, but very much a roadworthy one, the two halves working together in beautiful harmony. Look at the front half in isolation and it could belong to a longboard or mini-mal – it carries its width and volume really far forward through the nose, which is completely round and has very little rocker curve. But the aft section could be the tail of a full-on shortboard, which is almost how it feels when you turn off your back foot.

That flat entry rocker and surface area directly under the chest means it paddles swiftly with minimal input and has effortless planing speed, while the slight concave gives it the requisite lift. Then when you’re up and riding the narrow tail is much easier to control, and loosened up by the kick in the rocker and vee bottom.

The Flying Frog’s comfort zone extends from knee-high to overhead, when the rounded pin will provide hold on bigger, steeper faces. The 5-fin set-up, with a box for a single fin and FCS II quads, gives you options aplenty. Avail yourself of the glide and classic style of a single fin, downsize your centre fin and add side bites for the extra drive of the “widow maker” 2+1, or ditch the centre fin altogether and opt for the speed and hold on rail of a quad setup.

Made in the Sustainable Surf-approved Maluku factory in North Cornwall, the Flying Frog Eco is glassed with Super Sap epoxy by Entropy Resins, which represents a 50% reduction in greenhouse gas emissions compared to conventional petroleum-based epoxies. The raw materials that go into it are industrial by-products, and so don’t compete with or displace food sources. 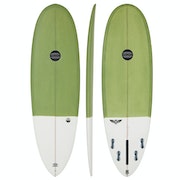